The CLIMATE Lexicon: the meaning of the 11+1 most important words for decoding the climate change jargon 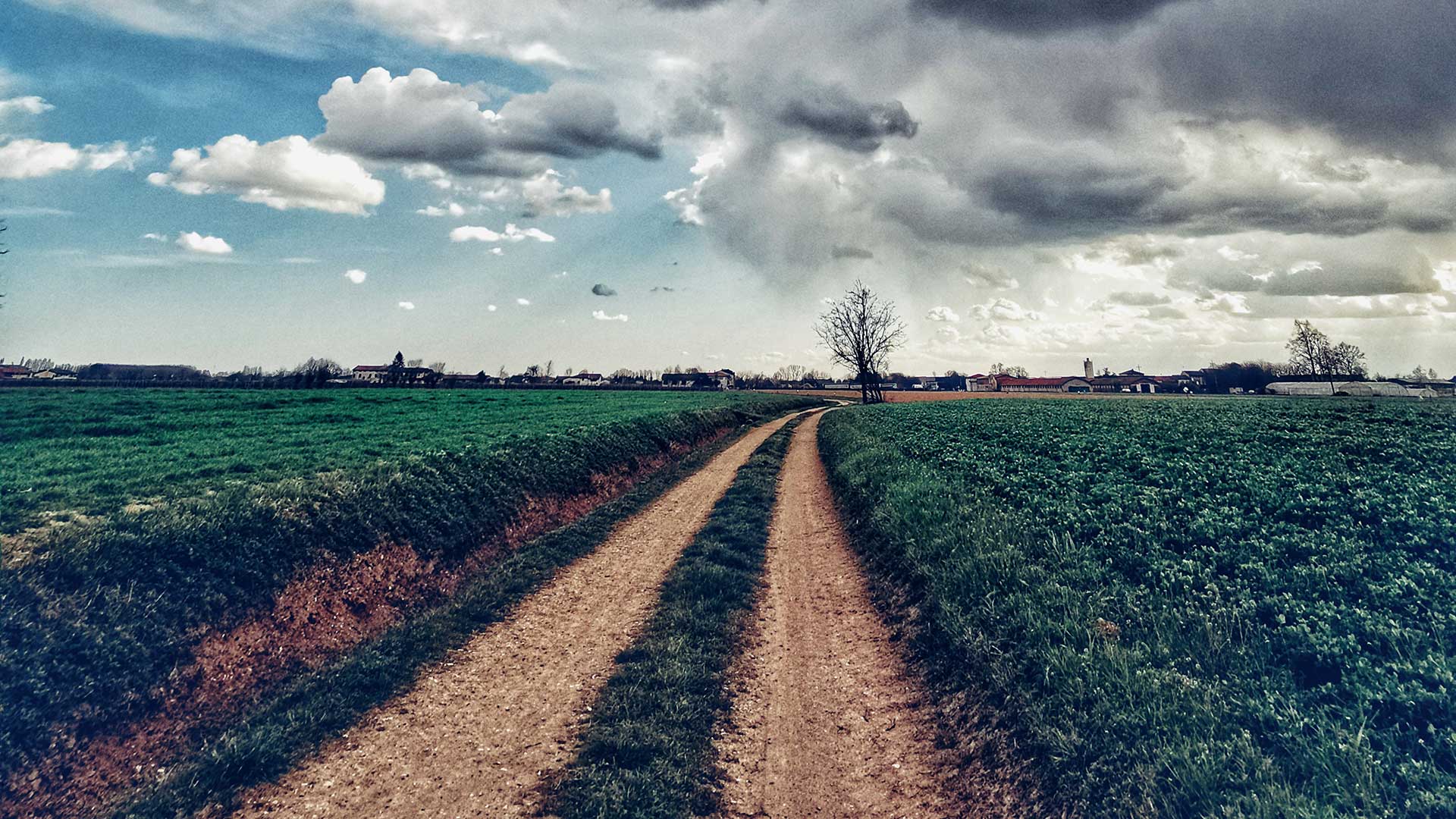 The debate on the climate crisis and the related policy response is full of terms and notions that derive from the climate science. Such terms, however, are widely used by businesses, governments and financial institutions to communicate climate targets and actions to mitigate and adapt to climate change. As the climate crisis is more and more impacting

all aspects of our current society, it is important to create a common understanding of the climate headlines in order to avoid feeling lost in these climate change talks. Here is a short explainer of the most used terms*.

This term refers to the greenhouse gasses (GHGs) and aerosols resulting from or caused by human activities. These activities include the burning of fossil fuels, deforestation, land and land use changes (LULUC), livestock production, fertilization, waste management, and industrial processes. Some heavy “polluting” industries are pushing for the development of
technologies to remove anthropogenic GHGs from the atmosphere by enhancing biological sinks of CO2 combined with chemical engineering to achieve long term removal and storage.

In many instances this term is synonymous of the term business-as-usual (BAU) scenario. In the context of transformation pathways, baseline scenarios refer to situations where no mitigation policies or measures will be implemented in addition to those already in force or planned to be adopted. These scenarios are intended to highlight the level of emissions that would occur without further policy efforts and serve as comparison to mitigation scenarios that are constructed for GHGs emissions, atmospheric concentration or temperature change reduction targets.
Terms like “no-policy” and “reference” scenarios are used interchangeably with baseline scenario.

This is the state in which we achieve net-zero CO2 at global scale by balancing the residual CO2 emissions (contributing to the atmospheric concentration) with the same amount of CO2 removal.
This term differs from “Climate Neutrality” which takes into account regional or local biogeophysical effects of human activities that, for example, affect surface albedo or local climate. Climate neutrality is a broader concept
and includes all the human activities which have a net effect on the climate system.

This is a reservoir (in soil, ocean and plants) where a GHG and or an aerosol is stored. It also includes any process, activity or mechanism that removes a GHG or an aerosol from the atmosphere.
The addition of a substance of concern to a reservoir is define as “Uptake”.

By far the most used term but also the most misused. Climate change refers to a change in the state of the climate that can be identified (e.g., by using statistical tests) by changes in the mean and/or the variability of its properties and that persists for an extended period, typically decades or longer. Natural climate change refers to changes due to internal processes of the physical system and/or due to external forcings such as modulations of the solar cycles and volcanic eruptions.
Anthropogenic climate change is used when the external forces are persistent anthropogenic changes in the composition of the atmosphere or in land use.
The United Nations Framework Convention on Climate Change (UNFCCC) defines climate change as: ‘a change of climate which is attributed directly or indirectly to human activity that alters the composition of the global atmosphere and which is in addition to natural climate variability observed over comparable time periods’. The UNFCCC thus uses the term climate change
only for the changes attributable to human activities altering the atmospheric composition, while the term and climate variability for those attributable to natural causes.

With this term, we consider collectively extreme weather and climate events. An extreme weather event is an event that is rare at a particular place and time of year. Definitions of rare vary, but an extreme weather event would normally be as rare as or rarer than the 10th or 90th percentile of a probability density function estimated from observations.
It means that the occurrence of a value of a weather or climate variable is above (or below) a threshold value near the upper (or lower) ends of the range of observed values of the variable. By definition, the characteristics of what is called extreme weather may vary from place to place in an absolute sense. When a pattern of extreme weather persists for some time, such as a season, it may be classed as an extreme climate event, especially if it yields an average or total that is itself extreme (e.g., drought or heavy rainfall over a season).

When greenhouse gases (GHGs) are removed from the atmosphere by deliberate human activities, i.e. in addition to the removal that would occur via natural carbon cycle processes, such removal is called negative emissions.
For CO2, negative emissions can be achieved with direct capture of CO2 from ambient air, bioenergy with carbon capture and sequestration (BECCS), afforestation, reforestation, biochar, ocean alkalinization, among others.
A situation of net negative emissions is achieved when, as result of human activities, more greenhouse gases are removed from the atmosphere than are emitted into it.

Net-zero emissions are achieved when emissions of greenhouse gases to the atmosphere are balanced by anthropogenic removals. Where multiple greenhouse gases are involved, the quantification of net-zero emissions depends on the climate metric chosen to compare emissions of different gases (such as Global warming potential, global temperature change potential, and others, as well as the chosen time horizon).
Net-zero CO2 is also referred to as carbon neutrality (see above).
The term “zero emissions” is used in the context of climate change commitment, i.e. the unavoidable future climate change resulting from inertia in the geophysical and socio-economic systems.
The zero emissions commitment is the climate change commitment that would result from setting anthropogenic emissions to zero.
It is determined by both inertia in physical climate system components (ocean, cryosphere, land surface) and carbon cycle inertia.

This term indicates the temporal evolution of natural and/or human systems towards a future state. Pathway concepts range from sets of quantitative
and qualitative scenarios or narratives of potential futures to solution-oriented decision-making processes to achieve desirable societal goals. Pathway approaches typically focus on biophysical, techno-economic, and/or socio-behavioural trajectories and involve various dynamics, goals, and actors across different scales. The word pathway is associated to specific goals and targets like adaptation pathways are a series of adaptation choices involving processes of deliberation to identify solutions that are meaningful to people in the context of their daily lives and to avoid potential maladaptation.
Representative concentration pathways (RCPs) are scenarios that include time series of emissions and concentrations of the full suite of greenhouse gases (GHGs) and aerosols and chemically active gases, as well as land use/land cover.
The word representative signifies that each RCP provides only one of many possible scenarios that would lead to the specific radiative forcing characteristics. The term pathway emphasizes the fact that not only the long-term concentration levels, but also the trajectory taken over time to reach that outcome are of interest. RCPs were used to develop climate projections for the Climate Modelling Inter-Comparison.

A level of change in system properties beyond which a system reorganizes, often abruptly, and does not return to the initial state even if the drivers of the change are abated. For the climate system, it refers to a critical threshold when global or regional climate changes from one stable state to another stable state. A perturbed state of a dynamical system is defined as irreversible on a given timescale, if the recovery timescale from this state due to natural processes is substantially longer than the time it takes for the system to reach this perturbed state. 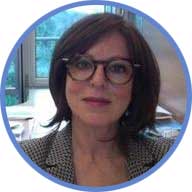 Roberta Boscolo is leading the Climate and Energy workstream at the World Meteorological Organization in Geneva, Switzerland. Her role is to support countries and businesses to achieve science-based climate adaptation and mitigation targets in alignment with the global landmark agreements on climate change and sustainable development.

In her effort to build an effective interface between climate science and socio-economic sectors she forged transformative partnerships with United Nation agencies, public and private sectors, academia, civil society, media groups and associations through the organization of global conferences and outreach events.

She has more than 20 years’ experience in developing knowledge platforms and good practices to support climate-related risk management and carbon footprint reduction.

For many years she served as programme officer for the World Climate Research Programme, coordinating scientific efforts worldwide to address the knowledge gaps in understanding Earth climate system. Such knowledge is assessed by the IPCC milestone reports.

Currently she manages a portfolio of several multi-million projects (US$ 30M) for development and innovation in Africa, South America,
South East Asia and Pacific